Eduard is a man around 50, happily married to Elisa, two years younger. They have two teenage children. One morning Eduard asks Elisa to exceptionally drive them to school, something she rarely does. One hour later tragedy strikes: Elisa and the two children are killed in a traffic accident.

After the funeral, a desperate Eduard decides to kill himself. He's about to go ahead with it when an elderly woman stops him. Her name is Liz Everest and tells him things he doesn't quite understand. However, he's curious and decides to follow her. He's introduced to a strange world, totally unknown, closer to science fiction rather than to superstition or black magic. Liz is a kind of female version of Einstein who claims to have created a portal whereby she can access parallel universes where decisions which have been discarded along life, can be taken. She reckons
that no one has yet tried to get through it. Immersed as he is in his tragedy, Eduard lends himself willingly to experiment and so our character begins to move into other parallel universes, where he realizes that each change of option may cause him a slight or a totally different turn in life.

Eduard moves through these universes with the aim of finding another self which may eschew the disgraceful death of Elisa and the children. However, he cannot quite manage this. Each time he travels to a parallel universe he finds himself in various ages and situations where Elisa, his beloved wife, leads a very different lifestyle or he finds another self which has little to do with the current one but he is reluctant to change his reality. 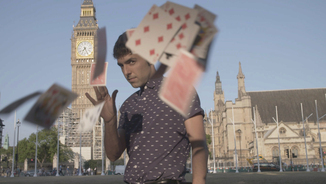 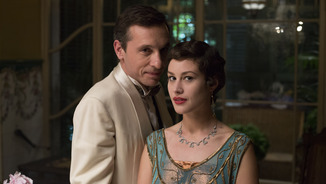