Sànchez, to the court: "You have a responsibility, namely, not to make the political crisis any more severe"
The former president of the ANC denounced the "use and abuse" of remand, the "pain" caused to families and defends that "ballots can never be a threat to democracy" 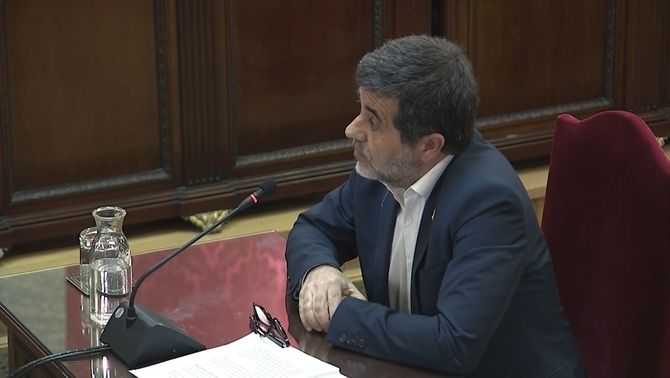 Jordi Sànchez used his closing statements in the Catalan independence trial to ask the court that is to judge him and 11 others that the sentence be used to return the Catalan question to politics. Sànchez warned that this "political problem" can "only be solved from politics", and he added that he would not like to be in the shoes of the judges to whom the question has been entrusted:

"It is true that you have a responsibility, namely, not to make the political crisis any more severe, and that is no small responsibility. I would not like to be in your shoes to provide an answer to all that has been brought up over these long months, but it is obvious that we have a political problem that has been irresponsibly passed on to the judiciary. If only, as Andrey Van den Eynde said, your sentence could be used to solve what the political class, at the time, was unable to solve." The former president of the ANC, currently a suspended Member of Parliament, stated that the most surprising part of the trial was the "denial of reality". As an example of this, he quoted that October 1 was defined as a violent day: 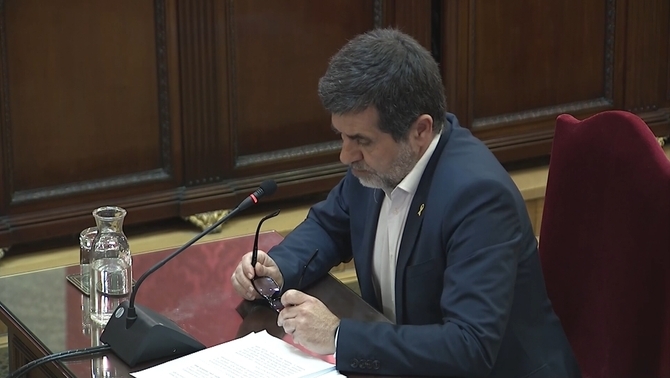 Sànchez, who has defended his peaceful activism from the movements and social entities of the eighties, exhorted the court to do what it could to make Spain "advance in the quality of its democracy and justice." In this regard, he quoted petitions such as those from Amnesty International, the Pen International or the UN work group, which have asked for his freedom.

The former president of the ANC denounced the "use and abuse" of remand, said "mea culpa" for not having realised earlier, and became emotional when he remembered the "pain" that prison causes to the families of inmates.

"This has been a long trial for many people. I invite you all to think about how long 604 days in prison must be. And this causes pain. Prison causes pain to the person in prison, but especially, to his or her relatives."

With a voice choking with emotion, he remembered his parents and children as well as his wife. "In Catalonia, pain has been socialised. Society has lived our time in prison with pain," he added.

Sànchez, who has declared himself the "victim of an injustice", has used the words of an inmate in Lledoners to predict that, sooner or later, Catalonia will vote on its right to self-determination.

"This person has a rule, the Lamarti rule: "No door can resist. (...) In democracy, there are no doors that can resist when a majority of citizens want it. I am 100% convinced that, in Catalonia, the majority will manage to open a democratic door with a ballot, because a ballot can never be a threat to democracy. A ballot is not an instrument for a coup d'état. There will be ballots in Catalonia and we will vote, and we will do so with the agreement of the Spanish state."

Concluding his statement, Sànchez remembered a sentence by Maragall he has used a lot, "Bright eyes and strong arms", and he wished "much brightness" to the judges to draft their sentence and strength to the accused and to the people "to maintain the dignity we have maintained so far." He thanked the defence and he also addressed the parties to the prosecution to tell them he wished them "all the best":

"I am convinced that the majority of the parties to the prosecution, I do not know if all of them, but most of them, when they turn of the lights at night, are aware that they have not done the right thing and that they have forced elements, rhetorical figures, to defend an unfair position. I trust that, ultimately, justice will be served."

Junqueras: "It would be best for all if the question was returned to politics"

Cuixart: "I am convinced that we will do it again, peacefully and serenely"